The HiLASE Centre research team, including Huang Zhou, Jan Pilař, Martin Smrž, Liyuan Chen and Tomáš Mocek, alongside a colleague from the Czech Technical University in Prague, Miroslav Čech, have recently published a research paper in Applied Optics journal. Their study has investigated the adaptive optics system for a short wavelength mid-IR laser based on a Shack–Hartmann wavefront sensor and analysis of thermal noise impacts

You can read the full article here. 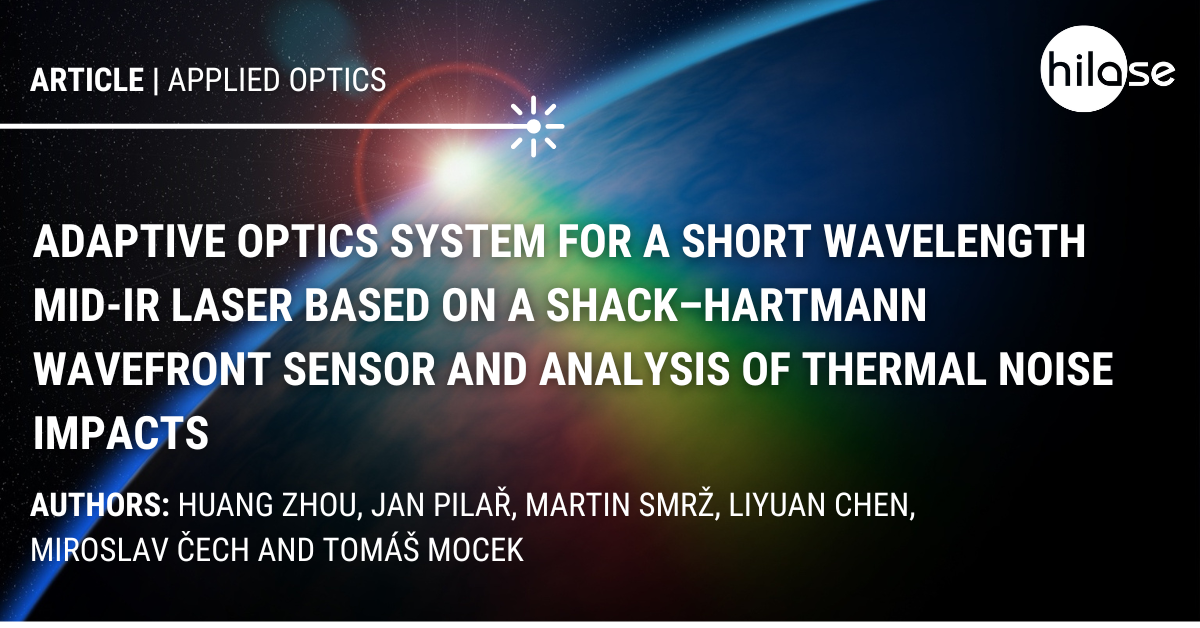 In the article, the author team presents an adaptive optics (AO) system for a 1.94-µm laser source. The system consists of a home-made Shack–Hartmann wavefront sensor and silver-coated bimorph deformable mirror operating in a closed-loop control scheme. The wavefront sensor used an uncooled vapor phase deposition PbSe focal-plane array for the actual light sensing. An effect of thermal afterimage was found to be reducing the centroid detection precision significantly. The effect was analyzed in detail and finally has been dealt with by updating the background calibration. System stability was increased by reduction of control modes. The system functionality and stability were demonstrated by improved focal spot quality. By replacing some of the used optics, the range of the demonstrated mid-IR AOS could be extended to cover the spectral range of 1–5 µm. To the best of the authors’ knowledge, it is the first AO system built specifically for mid-IR laser wavefront correction.