Aktualne.cz: The edge of the solar system is just the beginning. We need to get to the stars faster, says NASA expert.

Pete Worden, former director of the NASA Ames Research Centre and current director of Breakthrough Initiatives, was the guest of a DVTV interview with journalist Michael Rozsypal published at Aktualne.cz.

Among other things, Pete Worden has also collaborated with the HiLASE Centre on organising workshops in the recent years. He also mentions these collaborations in the interview, in which he discusses his career, as well as the acceleration of our space exploration efforts using laser technologies. 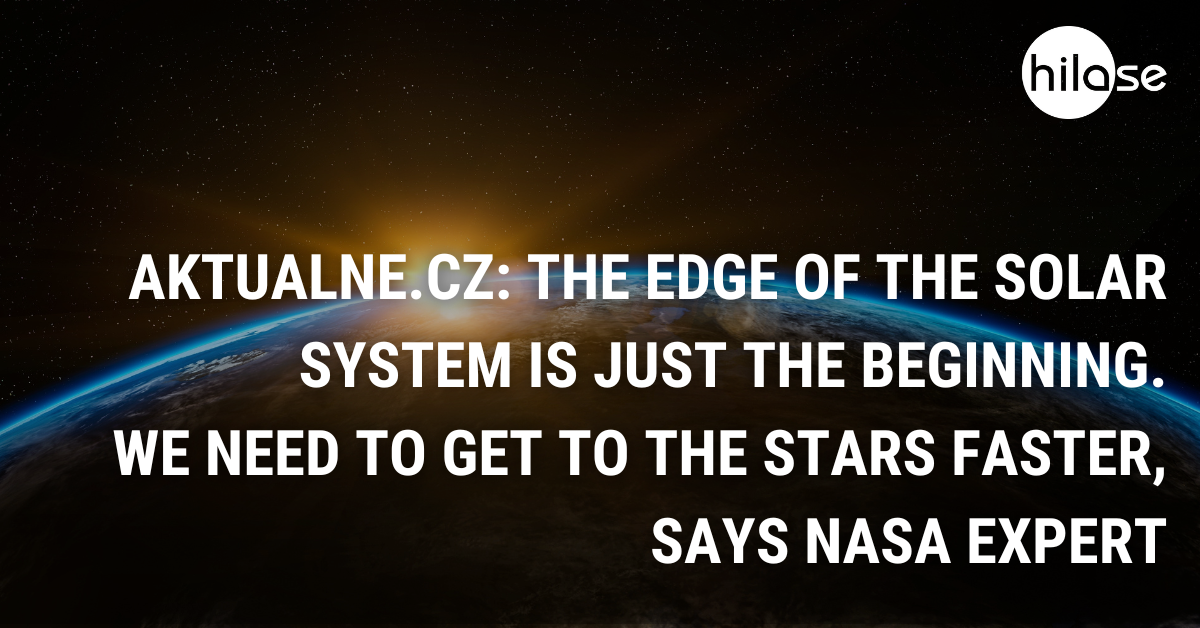 “If we send another probe to the edge of the solar system or beyond, if we do it the way NASA did it, if I live that long, I’d be 100. I think we need to do things faster. We can fuel a small probe from Earth, using an exceptionally high-power laser, and reach one-fifth of the speed of light.”

The full interview (in English, with Czech subtitles) is available at Aktualne.cz.