The researchers from the HiLASE team (Institute of Physics) in cooperation with their colleagues from the Czech Technical University in Prague  (Huang Zhou, Ondřej Novák, Martin Smrž, Liyuan Chen, Lukáš Roškot, Bianka Csanaková, Michal Chyla, Miroslav Čech, Tomáš Mocek) have recently contributed with an article to the journal of Optical Engineering. They have published an experimental study on the fluctuation–magnification effect of chirped volume Bragg grating compressor in high-energy, ultrafast, thin-disk chirped pulse amplification system. 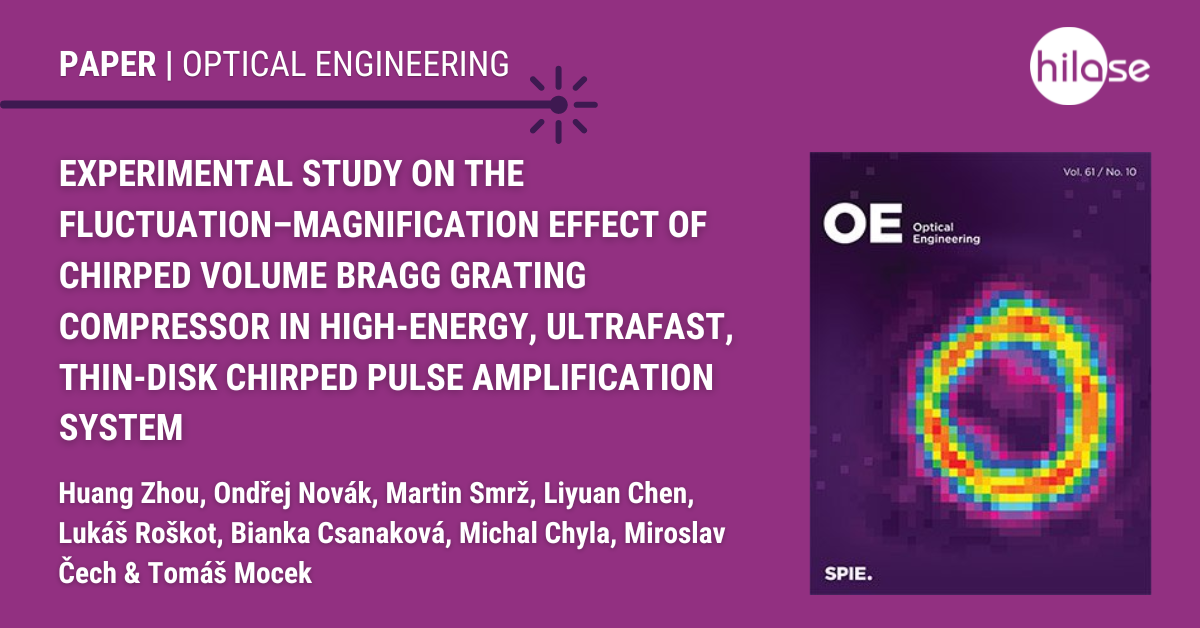 The fluctuation–magnification effect on the peak intensity of a laser pulse caused by the nonlinear Kerr effect in the chirped volume Bragg grating (CVBG) compressor was investigated experimentally for a high-energy, thin-disk, chirped pulse amplification system. The nonlinear Kerr effect occured at the blue end, and the accumulated nonlinear phase shift (B-integral) in the CVBG rose with the increase of laser pulse energy. Experiments have shown that small fluctuations in peak power of uncompressed pulses cause increasing of the temporal fluctuation and spatial fluctuation due to high Kerr-nonlinearity in the CVBG when B-integral is larger than π. Thus the initial fluctuation would be magnified by the CVBG compressor.