The first open access user experiment on the 100 J Bivoj laser was a major success!

In the experiment, two National metrology institutes in collaboration, NIST (P.A. Williams, K.A. Rogers, National Institute of Standards and Technology, USA) and CMI (M. Šmíd, G. Porrovecchio, Czech Metrology Institute, Czech Republic) demonstrated an alternative method of SI-traceable non-destructive (essentially non-absorbing) measurement of individual laser pulse energy pulse-by-pulse. The portable Radiation Pressure Power Meter (RPPM) developed by NIST was used in conjunction with the cutting-edge fast pulse photodetector developed by CMI. While the RPPM system directly measured the average optical power of a series of pulses, it calibrated the fast photodiode response in real-time to allow measurement of individual pulse energies at the 10 Hz repetition rate. This is the first time that the absolute energy of laser pulses (pulse-by-pulse) generated by the Bivoj laser has been directly measured with SI-traceability to the unit of mass.

The proposal was approved in late 2019 with the experiment planned for early 2020, but due to the coronavirus COVID-19 pandemic, we had to postpone the experiment. NIST scientists participated in the experiment on-line from the USA and scientists from CMI installed the measurement system on site and operated it during the whole experiment. 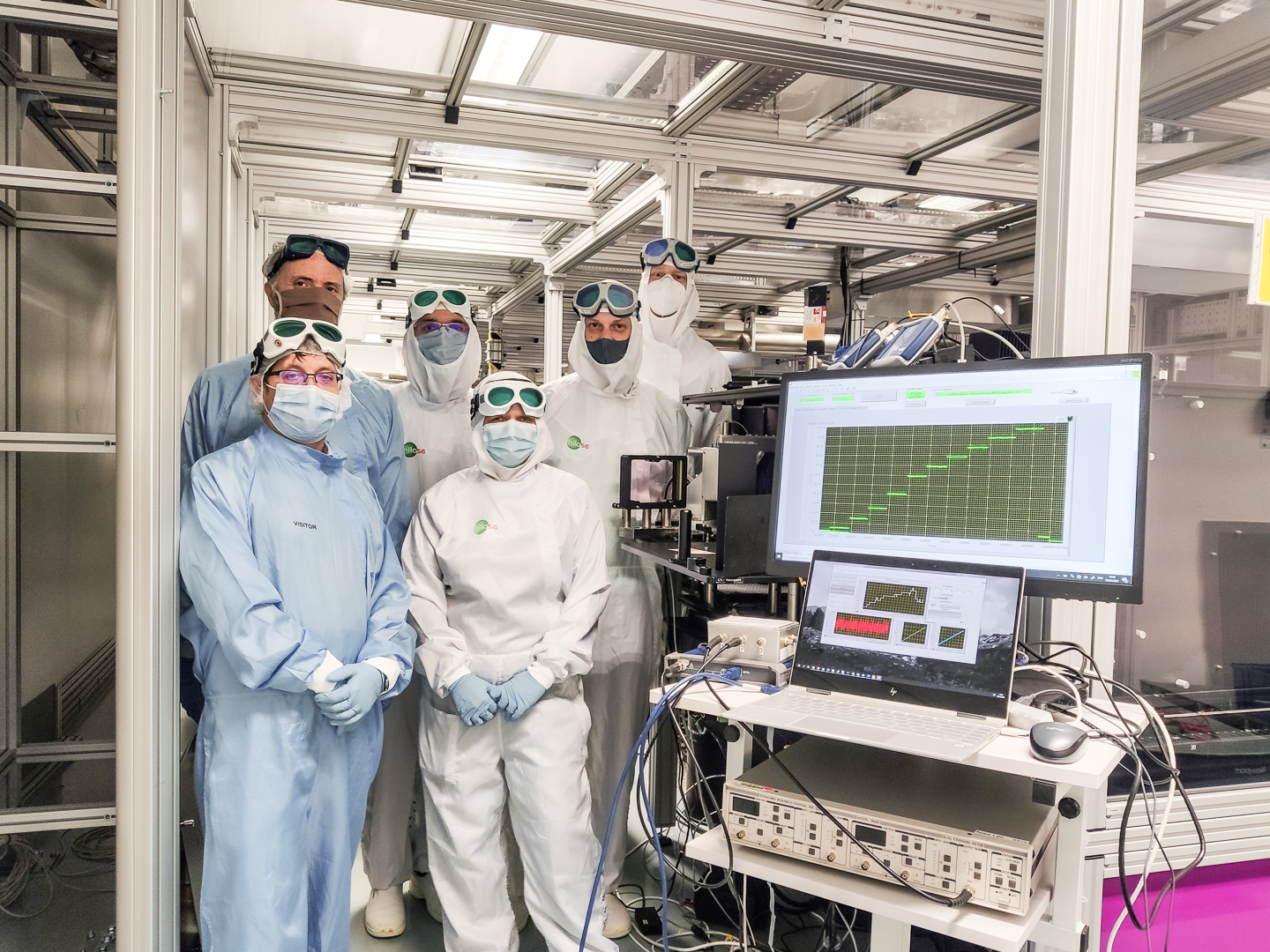 The energy of the laser pulses during the ramp from 3 J to 100 J captured during the experiment with scientists from CMI in blue overalls and HiLASE scientists in white overalls.