On September 6-9, 2021, 9 researchers from the HiLASE Centre reported their results at 28th International Conference on Advanced Laser Technologies, organized online by the Prokhorov Institute in Moscow, Russia. 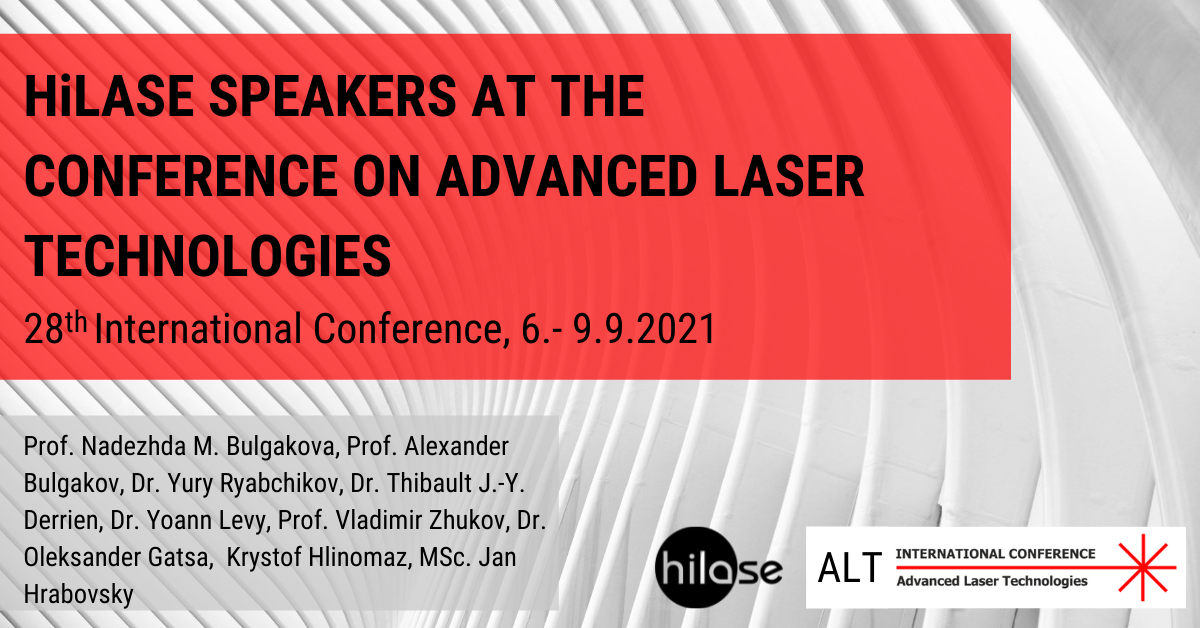 Within participants, Czech Republic was the 4th biggest supplier of scientific contributions after Russia, France and Germany.

The annual International Conference on Advanced Laser Technologies (ALT) was established in 1992 by the Nobel Prize Laureate Alexander Prokhorov, member of the Russian Academy of Sciences and Director of the General Physics Institute. The conference has become an important and well recognized forum for both researchers and engineers as it brings together presentations on fundamental and engineering aspects of laser technologies along with their applications in various areas (materials processing, laser medicine, photonic devices, systems for process control, etc.).

This year, the presentations were broadcasted publicly on Youtube. The complete programme is available here.