Team of our researchers (Hana Turcicova, Ondrej Novak, Jiri Muzik, Denisa Stepankova, Martin Smrz and Tomas Mocek) had a new article published in the journal of Optics & Laser Technology. The topic of the article was an overview of laser induced damage threshold (LIDT) of β-barium borate (BBO) and cesium lithium borate (CLBO). 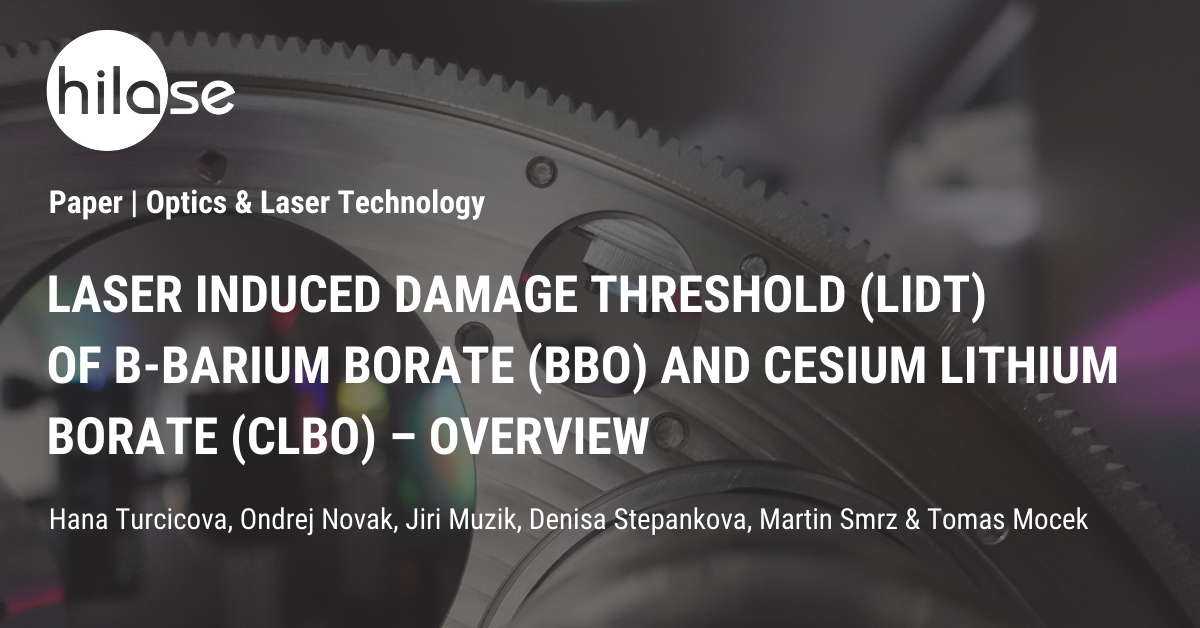 Published data of laser induced damage thresholds (LIDT) of nonlinear BBO and CLBO crystals, which are used for the generation of deep-ultraviolet radiation, were collected and plotted against laser pulse duration. The LIDT measurement techniques were briefly described and their relevance relative to the intended application of the crystal was discussed. The intrinsic and extrinsic factors affecting the evolution of the LIDT were reported. Authors’ experience with the LIDT of BBO and CLBO crystals in the fifth harmonic generation (FiHG) process was presented. Lowering of the LIDT for crystals with antireflection coatings was treated.