Researchers of the HiLASE Centre, Czech Republic (Sergei Lizunov, Alexander Bulgakov and Nadezhda Bulgakova) in collaboration with Professor Eleanor Campbell from the School of Chemistry of the University of Edinburgh, UK, have published a paper in the journal Applied Physics A of Springer Nature, where they report on systematic investigations, both experimental and theoretical, of the melting of gold by single femto- and picosecond near-infrared laser pulses. 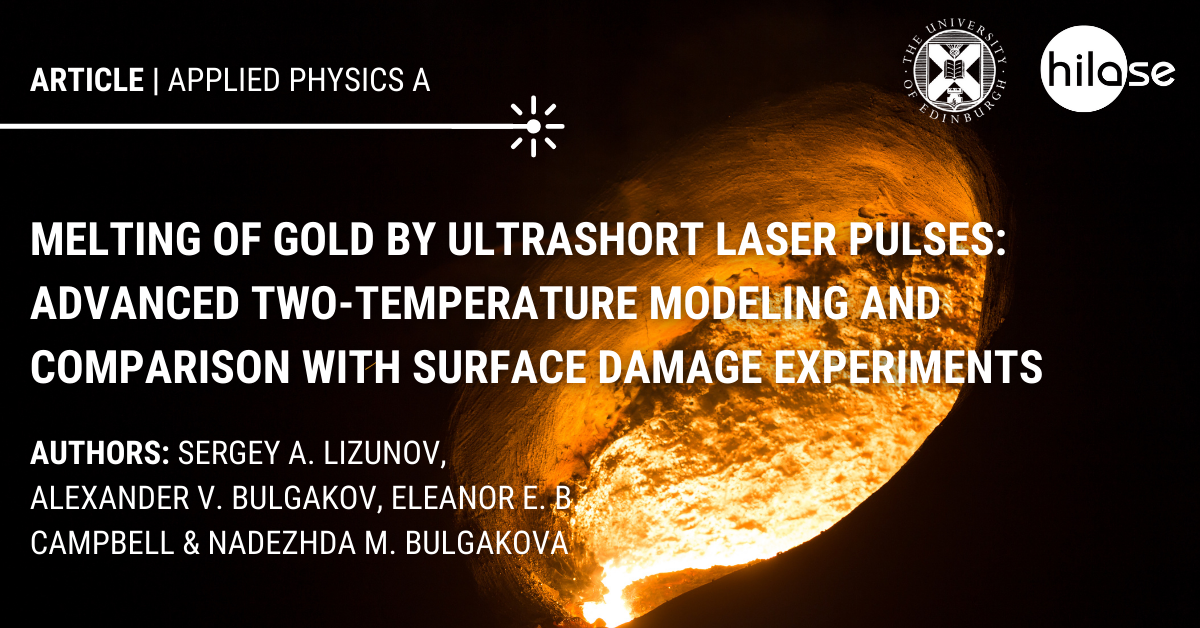 Two laser systems with wavelengths of 800 and 1030 nm and pulse durations ranging from 124 fs to 7 ps were used, and the damage and ablation thresholds were determined for each irradiation condition. Theoretical studies were based on the two-temperature model with taking into account of the dynamic change of the optical response of metallic material. A wide range of calculations for different irradiation parameters was performed, applying various modelling assumptions used in the literature. By comparing the experimental data and the numerical results, a breakthrough approach to modeling of the interaction of ultrashort laser pulses with metals was developed which allowed to accurately describe, within a unified theoretical model, all the experimental conditions used for gold irradiation. Important conclusions have been made on the electron–lattice coupling rate, a role of ballistic electrons in the energy transport and a partial involvement of electrons in the optical response at moderate laser pulse intensities.