New material for alpine ski thanks to laser treatment? Paper

Top-level sport tools are the ideal frame to explore advanced technology-based innovation. In the case of alpine ski, the skis are to be easy to manoeuvre, allowing rapid and controlled changes of direction and velocity. As an additional likely feature they should be as light as possible. To achieve that, a material known as ultra-high molecular weight polyethylene (UHMWPE) has been used for the basis of alpine skis from the 1970’s. However, as the material is usually in touch with very hard artificial snow, we can soon observe irreversible damage.

As a result, our colleague, Dr. Inam Mirza together with four researchers from Politecnico di Milano, has tried to find a solution of this issue in the paper “Sliding on snow of Aisi 301 stainless steel surfaces treated with ultra-short laser pulses” published in the Applied Surface Science Advances journal (Elsevier). 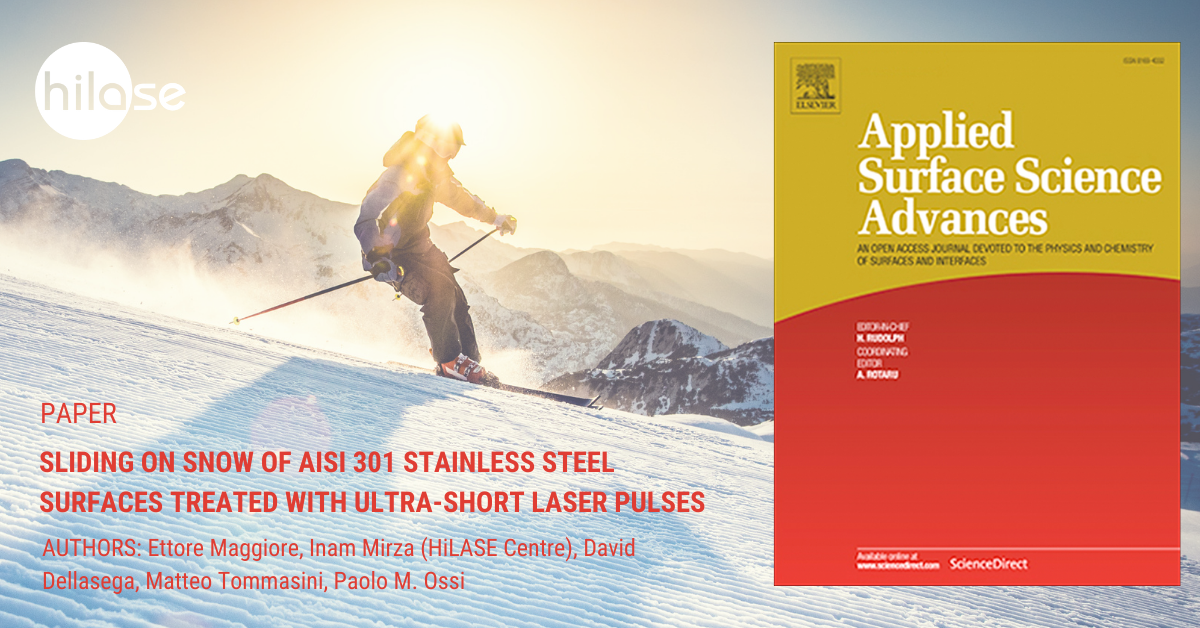 The researchers have made attempts at modifying, or synthesizing carbon-based materials with the aim to circumvent the limitations of UHMWPE. They adopted strategies that involve laser technologies, such as laser irradiation of graphite, the synthesis of hard t-a C films, or of glass-like cluster assembled films, up to the deposition of DLC on polycarbonate. As these studies did not provide robust indications that an increased resistance against wear and abrasion could be gained while keeping a good gliding performance on snow, the team explored metallic alloys such as Titanal Al alloy and the AISI 301 stainless steel instead. However, the gliding performance of both alloys at low and mid-low velocities was worse than that of UHMWPE. Consequently, they decided to explore surface treatments different to dimple patterning to improve the gliding performance of AISI 301 stainless steel on snow. The chosen method was Laser induced periodic surface structures (LIPSS) – an attractive, conceptually simple, and easy to control surface patterning that can be produced on about any material once irradiated close to the macroscopic ablation threshold. If you want to learn more about their findings, please read the WHOLE ARTICLE.