Success test of designed interference processing station suitable for interference micromachining with hundreds or thousands of laser beams at the same time, allowing to use the full protentional of powerful HiLASE Centre lasers.  It works on a principle when original laser beam is divided into two or more laser beams, which are recombined at the sample surface forming an interference pattern which is then directly imprinted into the material. Tested interference pattern was composed of several thousands laser spots arranged in the rectangular grid with a spot diameter between 2 um and 5 um and hatch distance of 7 um. The whole interference area of 1 – 2 mm2 were processed at the same time with this micrometre resolution. Sample used was a polyether ether ketone reinforced with carbon fibers, which is commonly used in aircraft and aerospace industry. 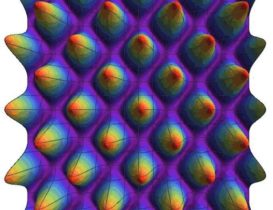 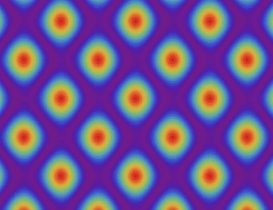 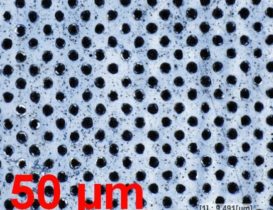 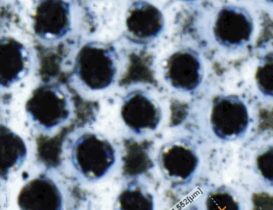