Our colleague, Jan Kaufman, has examined the effect of laser shock peening with and without protective coating on intergranular corrosion of sensitized AA5083. His findings were published in the journal of Corrosion Science (vol. 194). 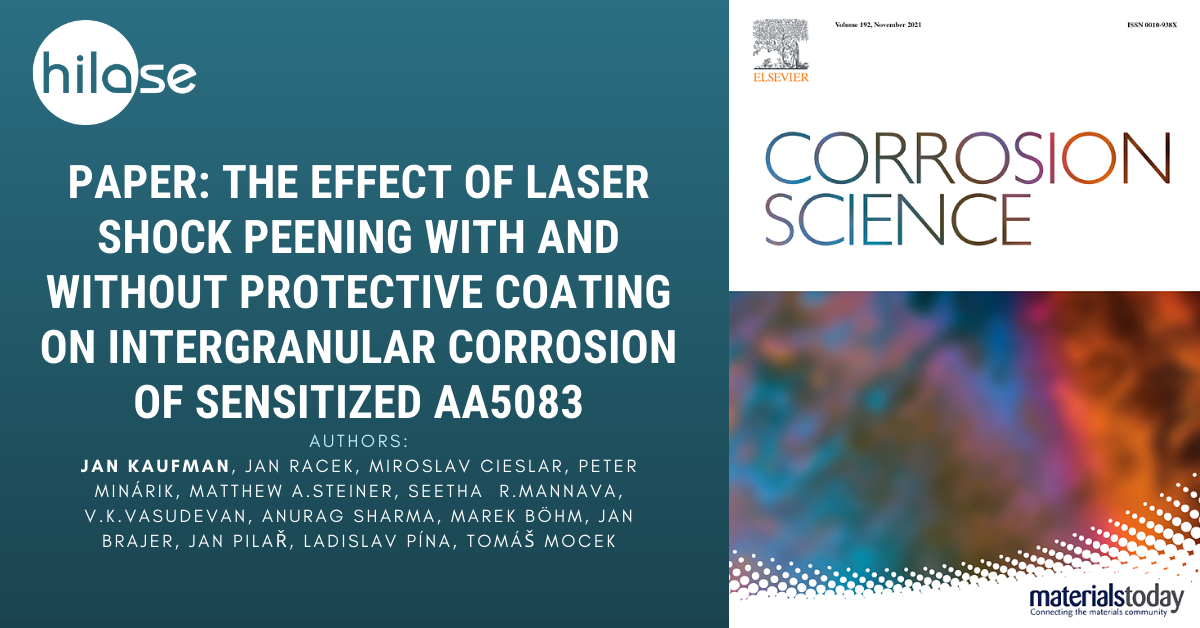 Laser Shock Peening with (LSP) and without protective coating (LPwC) was applied to sensitized AA5083 followed by electrochemical analysis. Potentiodynamic tests indicated a region of increased passivity for the LPwC samples with lower corrosion current. Similarly, significantly reduced intergranular corrosion rate was observed during potentiostatic polarization after LPwC treatment while LSP samples showed only a negligible improvement. The results are attributed to the unique recast surface layer composed of a modified oxide film followed by an embedded oxygen-rich aluminum nanoparticles sub-surface layer without grain boundary β-phase created during laser pulse interaction with the surface when no coating was applied.

The study has shown that the LPwC treatment, especially underwater, has a positive effect on suppressing IGC in sensitized AA5083. Combined with the added benefit of deep compressive residual stresses, LPwC could be a promising technique in combating intergranular stress corrosion cracking in the marine industry.