Researchers of the HiLASE Centre team, including Tomáš Mocek, Jan Brajer, Jan Kaufman, Martin Divoký and Petr Boháček, are the co-authors of a recently published research paper on Morphology of Meteorite Surfaces Ablated by High-Power Lasers: Review and Applications. The article published in the journal of Applied Sciences (MDPI) summarizes the results of numerous meteorite laser ablation experiments performed by several laser sources. 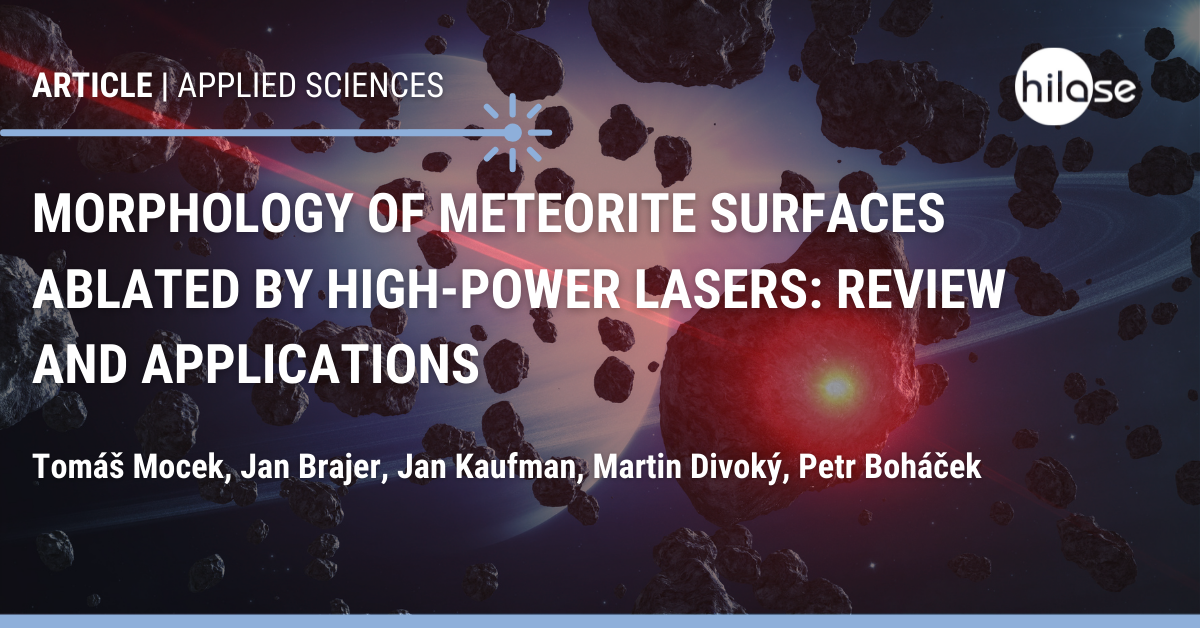 Under controlled laboratory conditions, lasers represent a source of energy with well-defined parameters suitable for mimicking phenomena such as ablation, disintegration, and plasma formation processes that take place during the hypervelocity atmospheric entry of meteoroids. Furthermore, lasers have also been proposed for employment in future space exploration and planetary defense in a wide range of potential applications. This highlights the importance of an experimental investigation of lasers’ interaction with real samples of interplanetary matter: meteorite specimens. The authors summarize the results of numerous meteorite laser ablation experiments performed by several laser sources—a femtosecond Ti:Sapphire laser, the multislab ceramic Yb:YAG Bivoj laser, and the iodine laser known as PALS (Prague Asterix Laser System). The differences in the ablation spots’ morphology and their dependence on the laser parameters are examined via optical microscopy, scanning electron microscopy, and profilometry in the context of the meteorite properties and the physical characteristics of laser-induced plasma.